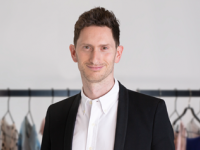 Kenneth Melchior is Director Northern Europe at Zalando. In this position, which he assumed in March 2018, Kenneth is in charge of the strategy and daily business for the Netherlands, Belgium and Luxembourg, the Scandinavian markets and Finland as well as the UK and Ireland. Kenneth joined Zalando in June 2016 as Country Manager Nordics. Prior to moving to Berlin and Zalando, Kenneth was based in Copenhagen, where he most recently worked as CMO & CCO for the grocery retailer Superbrugsen and before that as Head of Business Development at the retail group Coop. Outside of work, Kenneth is fully occupied with his family consisting of a wife, three children, and a dog - for now.